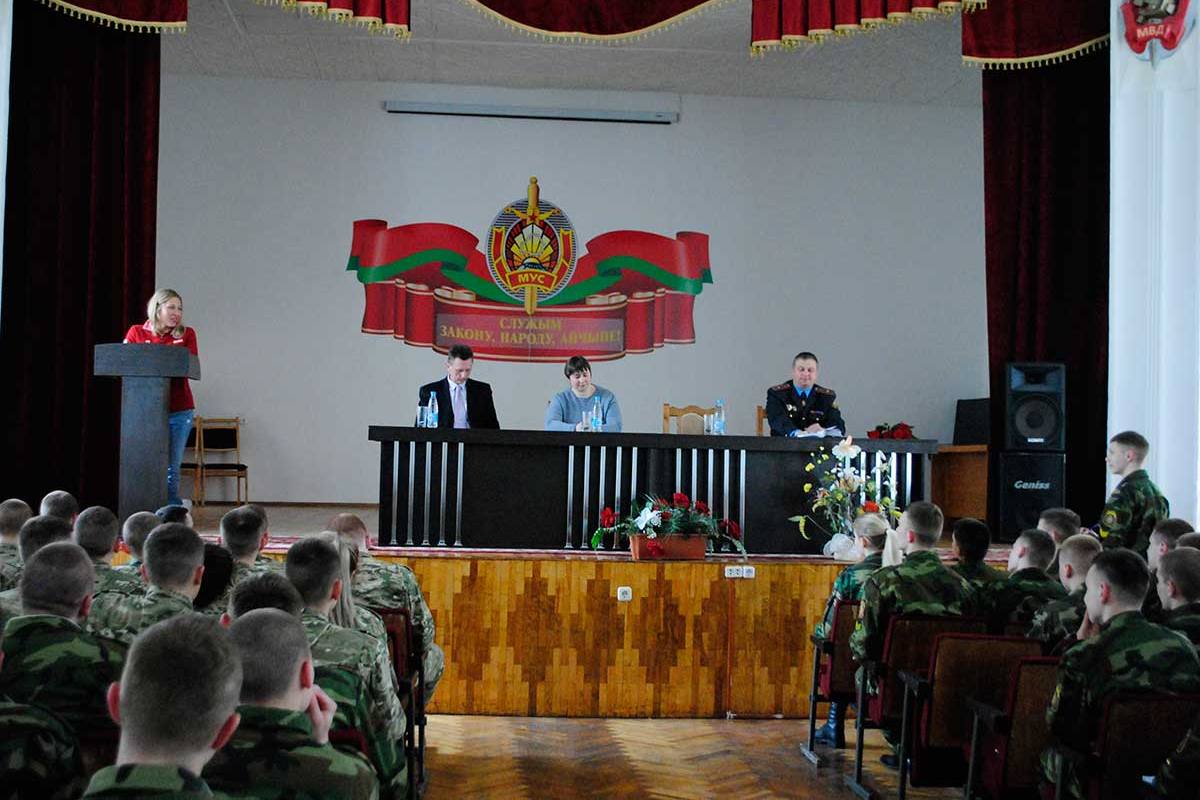 At the faculty of correction there was a meeting with the representatives of State automobile Inspection and the sportswoman from Belarus of mountain skiing within prevention of transport disasters and promotion of healthy lifestyle.

Athlete-skier Maria Skanova presented our country at 3 Olympic winter games. She spoke in General about Alpine skiing in our country, stressed that a healthy lifestyle is an absolute requirement on the way to achieving high results.

At the last Olympic games Maria performed at slalom and came to the finish line in 28 place. As she noted, the top 30 is an excellent result for our country, where the terrain is mostly flat, compared with mountainous countries such as Austria and Switzerland. Preparation for the competition takes place on a special simulator and "Raubichi", there are trainings in the mountains, but very rarely. On the question about feelings before the start Maria said that it is always exciting, but speaking at the Olympics for the third time it was much easier to assemble. Maria Skanova reminded that we should not give up if things don't work out, and that only a great work on oneself can lead to achieving this goal.

The comrade inspector for agitation and propaganda of the traffic police of the Central district of Minsk police major Anastasia Redko continued the speech after Maria. She briefed about information on observance of transport discipline and ensuring road safety. Concrete examples that have actually taken place in practice have highlighted each provision under consideration. As Anastasia Redko said, having passed exams in a driving school and received a certificate for the right to drive a vehicle, the citizen believes that she has enough experience. Such a misconception is present in everyone. Ultimately this leads to negative consequences, in including and lethal.

Also, Anastasia has touched on the subject of driving a vehicle while intoxicated. She stressed that alcohol can be excreted from the body for a long time. So, for example, was the case when the collision in a series of six car talked to the driver of each vehicle, and it turned out that one of the drivers was in a state of alcoholic intoxication. According to the citizen in the evening of the previous day he celebrated birthday of the friend and in the morning at all didn't feel influence of alcohol. The citizen wasn't guilty of road accident, but was deprived of the driving license.