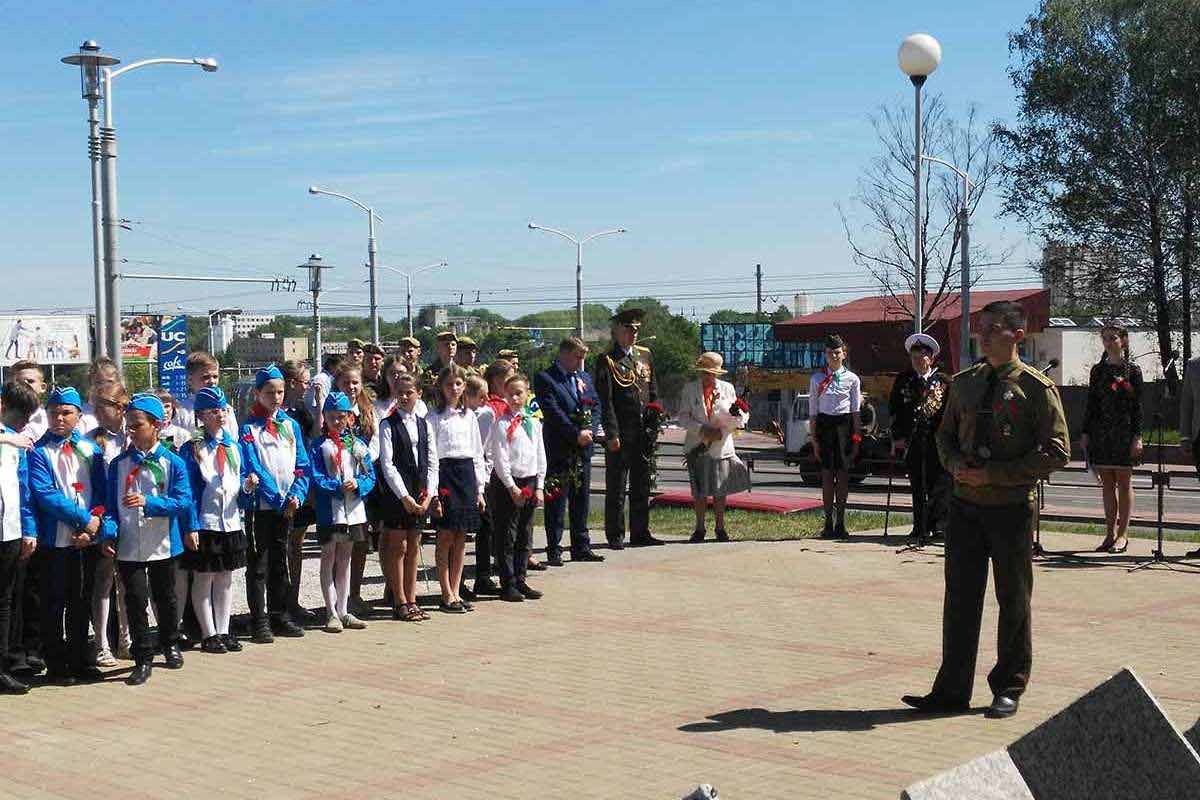 73 years ago the Great Patriotic War was over. In the confrontation with the German fascist invaders, millions were lost. The path to Victory lay through pain and despair...

Among the events timed to the Victory Day, there was a meeting-requiem "We will never forget", in which cadets of the faculty of correction took part. The event was held near the memorial "Memory", dedicated to the dead liberators of the city-hero of Minsk. Students from universities, schools, representatives of all departments of the Moscow region, servicemen of military unit 5529, veterans gathered here. The rally was opened by the opening address of the head of the district administration VitalyBrel.

Participants of the event recalled the history of the liberation of Minsk and talked about the tanker Petra Baranov. He died in the battles for the city, but the memory of him remained forever. A meeting-requiem was made by a veteran of the Great Patriotic War, Peter Kucheryavy. "We gathered here on this little heel, once abundantly watered by our young Soviet blood, to honor the memory of those who gave their lives for this beautiful peace time," said the veteran. Petr Anisimovich finished his speech by reading the poem "They do not put crosses on common graves", thanked all those present and gave up the microphone of the high school # 67 KseniaDemidova, winner of the regional sports and patriotic competition "Zarnitsa". The school pioneer detachment did not stay aside - children told about the mass grave near the memorial "Memory". Of course, they remembered the private VasilyGruzensky, who covered the Soviet soldiers on the bridge in 1941; about Sergeant PetreKabanov, who was seriously wounded, but continued to fight; about his friend Ivan Kudlai, who died with him, liberating Minsk.

Participants of the event laid wreaths at the memorial. A minute of silence was announced. At the end of the mass meeting-requiem, the cadet of the 2nd year of the faculty of correctionVladislavZakhariev performed the song "Soldier".