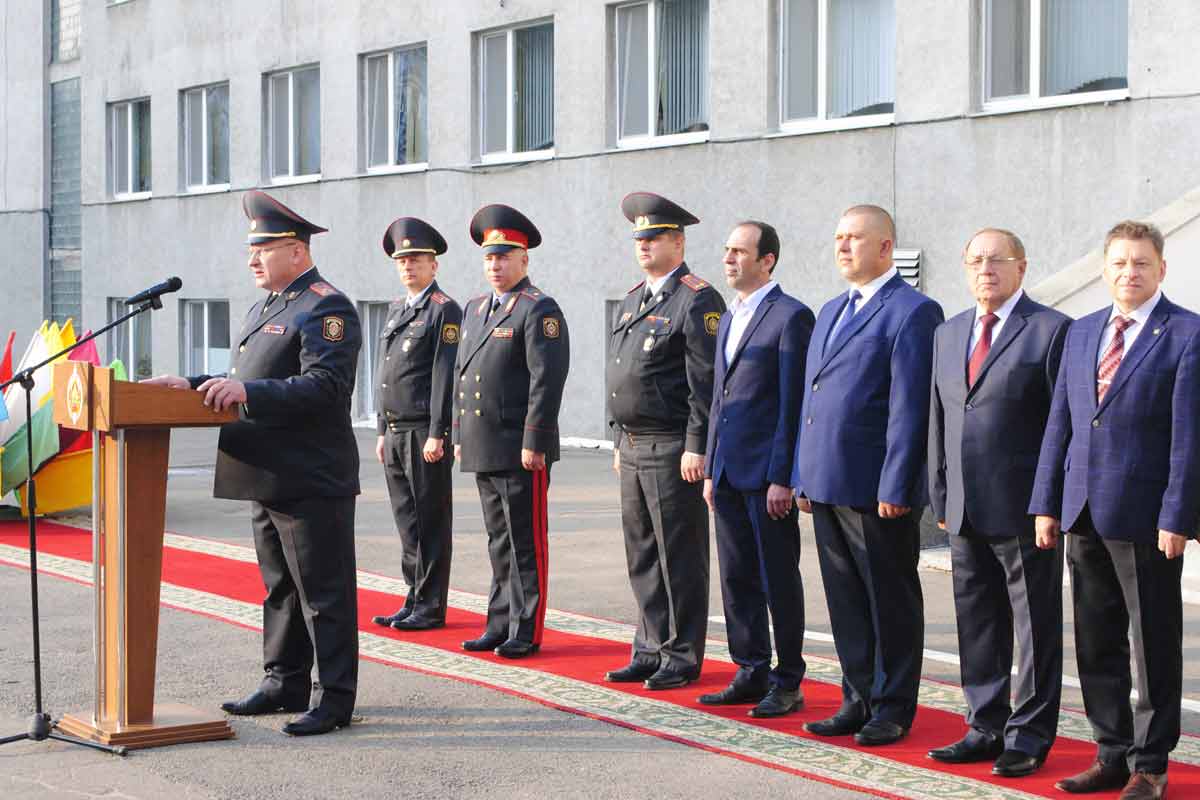 Leaders of the Ministry of Internal Affairs and the Criminal Executive Department, teachers and veterans of the academy took part in the solemn event.

Since the beginning of the school year, the chief of the Department for the Execution of Punishments, Major-General of the Militia Oleg Matkin and the recent deputy head of the faculty, and now the deputy chief of the military unit for the military unit, Colonel of Militia Valery Zhvansky, congratulated the cadets. Head of the faculty Colonel of Police Oleg Savastey wished future officers success in study and service, and teachers - creative energy.

Traditionally, the ceremony of raising the National Flag was held. The best ones were awarded with awards, and a number of employees were awarded shoulder straps in connection with the assignment of the next special ranks. On the occasion of the holiday, the faculty congratulated its former leader Valery Zhvansky with a gift from the whole team.

Before going on to the first classes in the school year cadets passed a solemn march - a memorable moment of the festive event.

Celebrating the Day of Knowledge was not limited to the walls of the faculty. Representatives of the faculty visited Minsk secondary school No. 60. The faculty and school have been cooperating for a long time, therefore the management and cadets took part in the festive line with pleasure. By the way, the future officers were entrusted with a responsible mission - to conduct the ceremony of issuing the National Flag. For cadets it is an honor, and in the eyes of schoolchildren - an example for imitation.