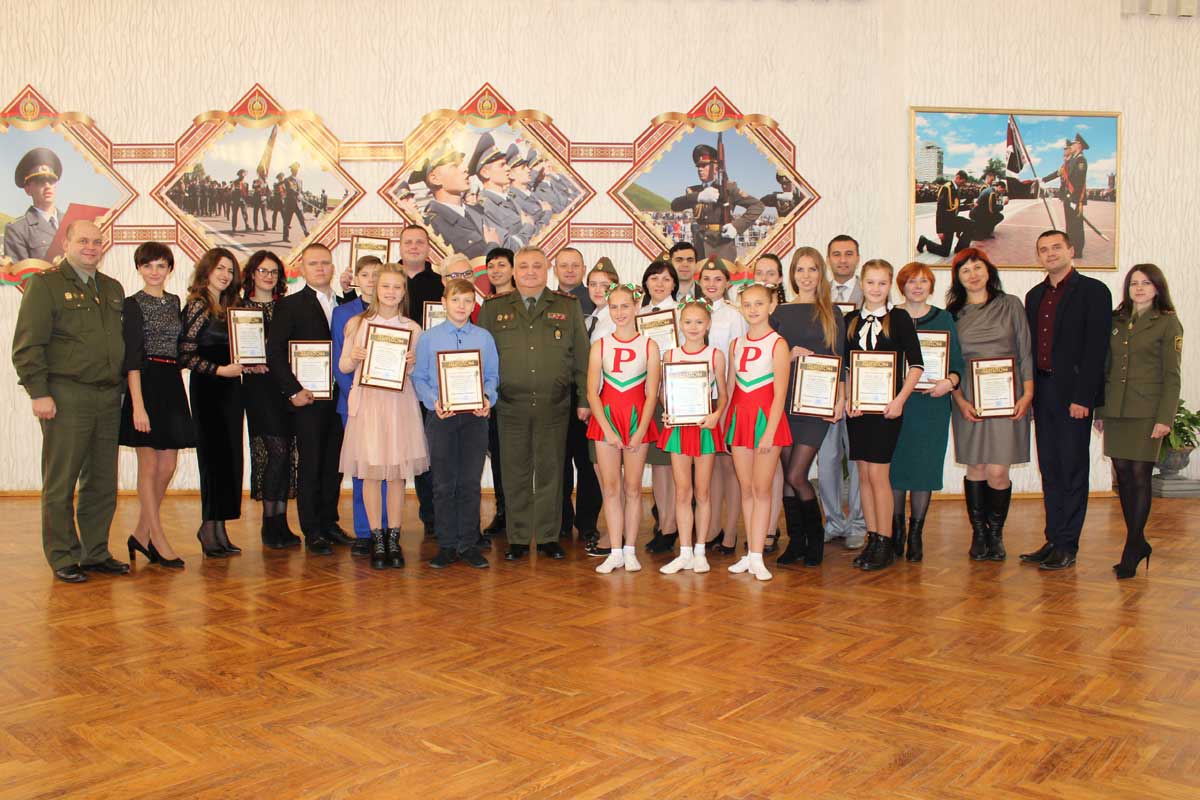 The final of the amateur art contest among employees of the Department of the execution of punishments of the Ministry of Internal Affairs was held at the base of the militia educational establishment.

Faculty of Corrections of the Academy of MIA hosted the final gala concert of a review of amateur performances among the employees of the penitentiary system and medical and labor dispensaries of the country, as well as their family members.

The jury of the competition determined the best in each nomination. The senior corps department of the on-duty service of the SIZO No. 6 (Baranovichy), senior warrant officer of the internal service Dmitry Gorbachevsky and his son Andrei with the story of their own composition about the war “Thirst” were recognized as the best in art reading.

The vocal genre of the Belarusian song "Rechanka" won the daughter of of the Deputy Assistant Duty to the Head of Prison No. 8 (Zhodino), the captain of the internal service, Vitaly Shmanai.

The dance “Breath of the East” by the inspector of the special department of the SIZO No. 1 (Minsk) of the senior lieutenant of internal service Anastasia Sudilovskaya brought her victory. And the nocturne, performed on the synthesizer by the head of the IUOT No. 43 (Mogilev) squad by senior lieutenant of militia Nikita Stepanov, won the jury from the first notes. Winners of a review of amateur art competition received commemorative diplomas.