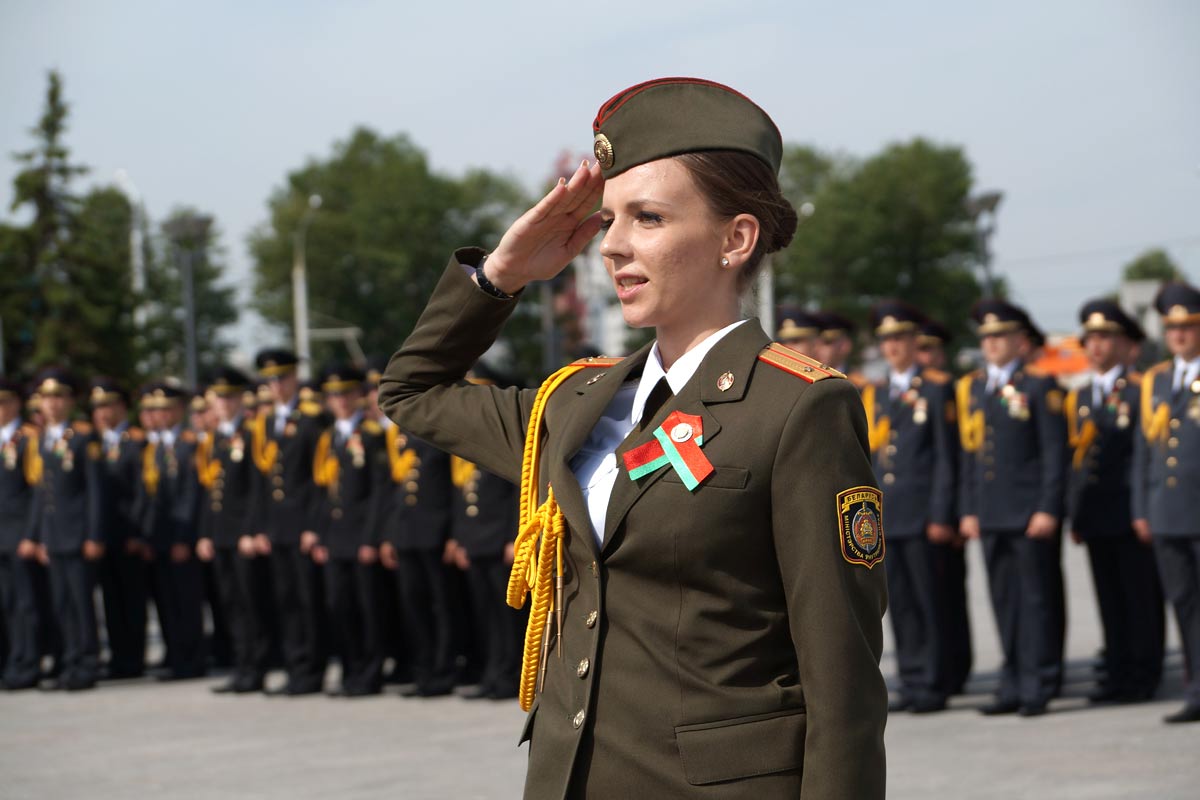 At the solemn ritual of parting with the faculty, its leaders, teachers and cadets, parents of graduates, invited guests gathered.

Before the ranks of cadets and graduates, the head of the faculty of correction, Colonel of Police Oleg Savastey, spoke. The mother of one of them, Nina Panasyuk, congratulated the newly minted lieutenants. Diana Ostapchuk, the lieutenant of the internal service, acted on behalf of the young employees.

At the holiday, many warm words were voiced to the management and all faculty members, faculty members. The balloons of flowers of the National Flag have risen to the sky. A minute of silence was held in memory of those who died in the performance of official tasks of employees of the internal affairs bodies.

As the anthem of the faculty VladislavPetrachkov's song "These Stars..." sounded, the words of the song became a symbol of farewell to the alma mater. And now the cadets passed a solemn march with the giving of military greetings to the graduates. Ahead of the future officers is a new academic year, and the lieutenants will in practice apply the knowledge and experience gained in the academy. Goodluck, graduates!