Head of the Faculty of Corrections

O. Savastey has some state and departmental awards. 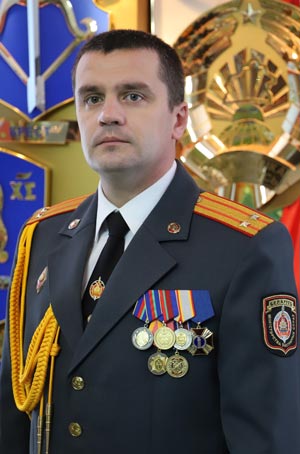 In 2006 he graduated from the Academy of the Ministry of Internal Affairs. In 2006-2010, he worked af the Criminal Investigation Department of the UVD of Minsk Regional Executive Committee, in 2010-2011 he was Deputy Head of the Course, in 2011-2015 - Senior Inspector for Special Assignments of the Department of Ideological Work, in 2015-2016 - the lecturer of the Department of Detective Activity of the Faculty of Militia of the Academy of the Ministry of Internal Affairs.In December, 2016 became the Assistant to the Head of the Faculty of Corrections for Youth Work

A. Ermolenko has some state and departmental awards.