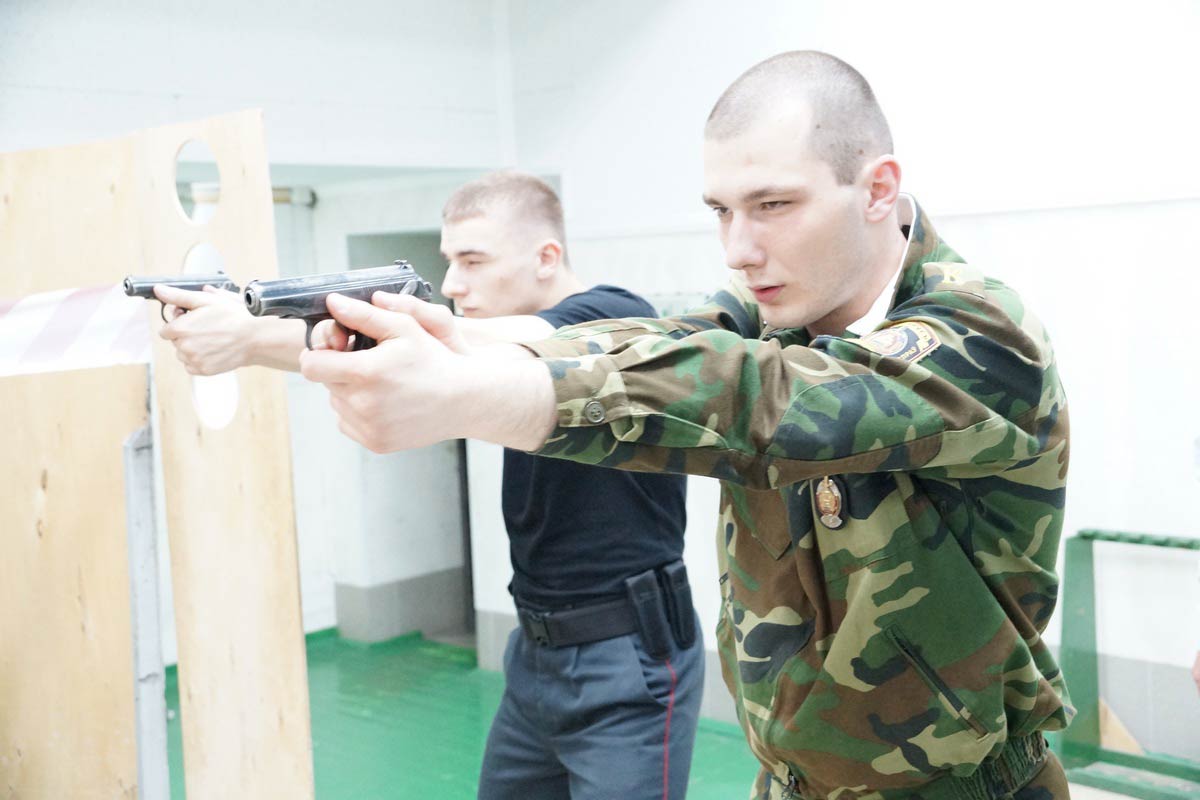 The cadets of the faculty took part in the competition in practical shooting, conducted according to the rules of the Belarusian Federation of Practical Shooting.

The championship was held in two stages, each of which was necessary to carry out a practical exercise in shooting from the gun of Makarov. Estimates were the accuracy and speed by which the coefficient recorded in the results table was calculated. At the first stage, it was necessary to hit four targets in turn. It was necessary to perform eight sight-accurate and quick shots. For every miss, there were 10 penalty points. The minimum coefficient for passing to the second stage was 1.70. Further our cadets Konstantin Volchetsky (2nd year) with a coefficient of 1.86, Andrei Bykovsky (3 year) - 1.97, Evgeniy Karpovich (2 year) - 2.07, VladislavYakimovich (2 year) - 2.63, VladislavOpunevich (2nd year) - 3.61.

At the second stage, the cadets had to conduct high-speed shooting with a change of position, starting from the firing line of 25 meters and gradually shifting 5 meters ahead. At each turn it was required to strike ahead the target with two precise hits. In this case, in the case of an offensive line firing line for each shot, 5 penalty points were accrued, and the miss, as before, cost 10 shackles. We were pleased with the participants of the competitions, representing our faculty. Third-year students Darya Ivankovich and Natalia Volchkova took second and third places respectively.