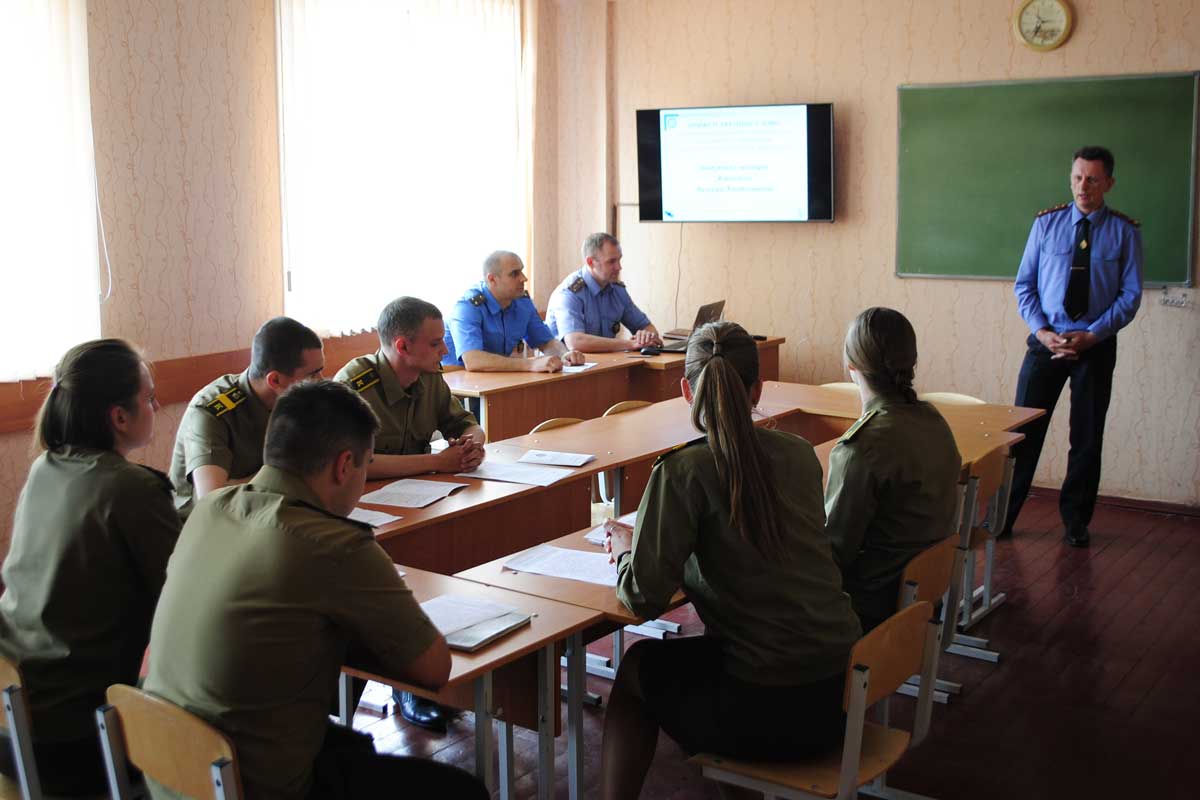 The faculty of correction held a scientific round table among cadets. The forum was organized by the profile department.

The topic of the round table, held on June 6, was the topical issues of the penal law, criminology and anti-corruption. In the discussion of the problems cadets of the faculty of correction and the faculty of militia participated.

For the third time the event gathered representatives of the leadership of the faculty and the faculty of the department of penal law. The forum was opened by the acting head of the department, Colonel of Militia Valery Zhvansky and the Head of the Department Candidate of Juridical Science, Associate Professor Lieutenant Colonel Nikolai Kiyko. The speakers noted the importance of the round table, during which the cadets can show their knowledge and oratory skills, as well as the ability to raise pressing issues and argue their position reasonably. The head of the scientific circle of the department, the captain of militia Sergey Gaykovich assumed the role of the moderator of the event.

The cadet forum consisted of three sections on the issues of penal law, criminology and anti-corruption. In particular, the specifics of the development of the penal system, the issues of the application of normative legal acts, examples from the foreign experience of criminal-executive activity were considered. Scientificresearchofcadetscombinedtheoreticalandpracticalaspects.