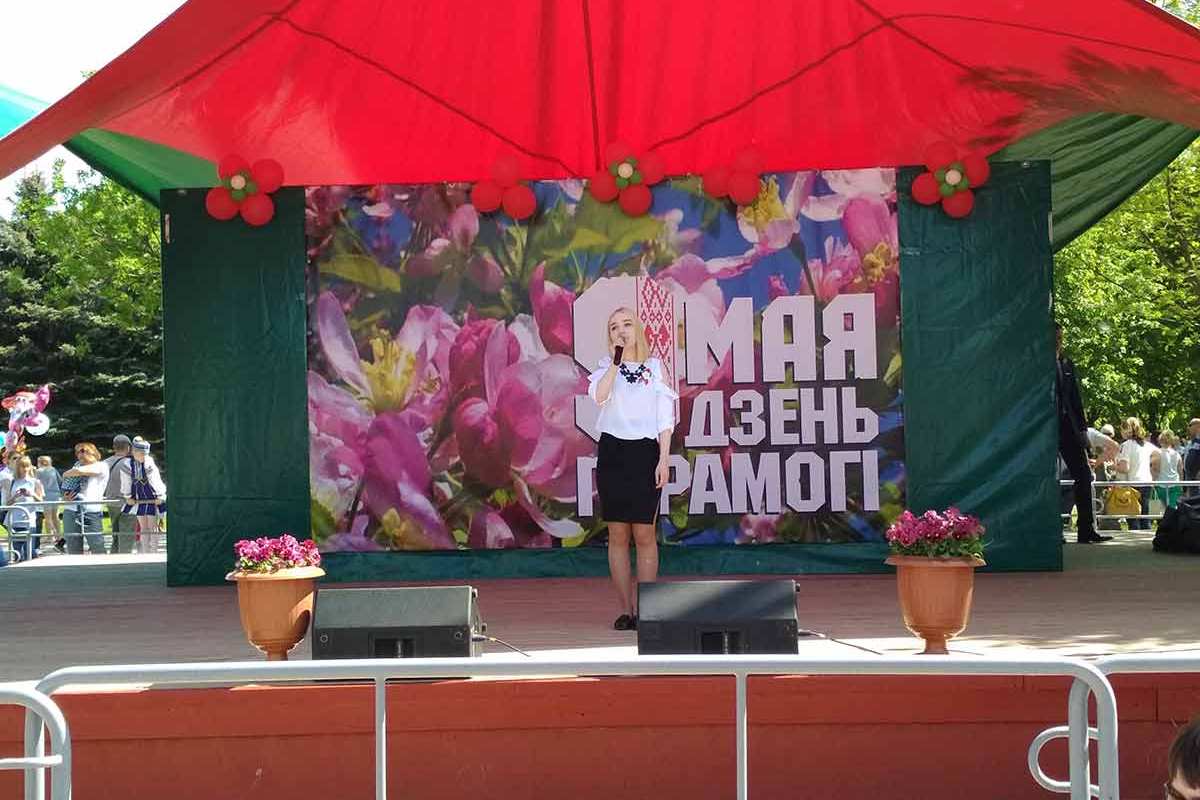 On the Victory Day cadets of the faculty with the support of the administration of the Moscow district of Minsk organized a concert in the park of culture and recreation named after Mikhail Pavlov.

The country will always remember the history of the Victory. The Great Patriotic War left a deep, tragic trace in our history. For four years they took the life of every third ... Now we pay tribute to the lost and try to preserve the history for the next generations, so that each of them continues to be proud of the feat of the people during the war. We are happy with the Victory Day and express our sincere gratitude to every veteran. This cadets tried to convey this deep meaning of the holiday in a concert prepared by them.

The event began with the vocal number "Scarlet Sunsets" performed by the sophomore of the facultyVladislavZakhariev. Following him on the stage came his classmate Anastasia Petritskaya, who sang the familiar to all the composition "Dark Night". In addition to the songs, lyric poems sounded and the vocal-choreographic number "To avoid more war" was presented. The concert program ended with a symbolic - vocal performance by Anastasia Petritskaya "Blossoming May".