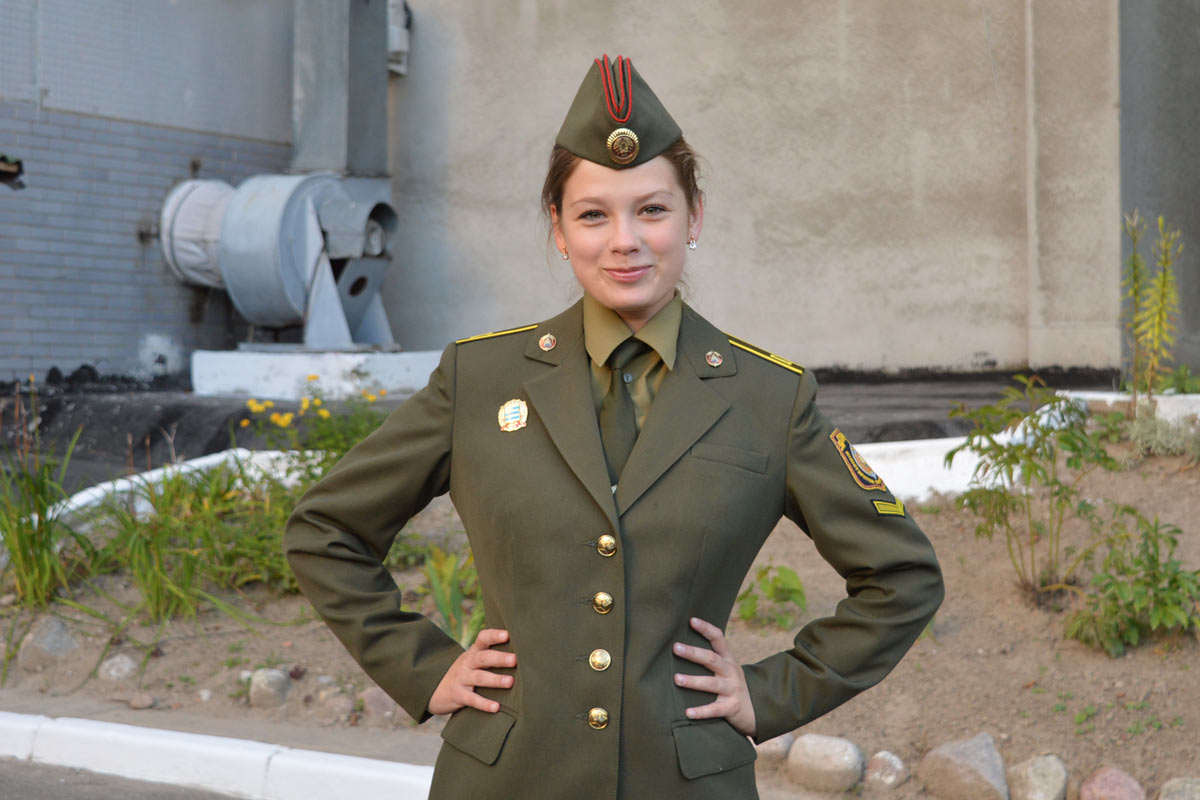 Freshman of the Faculty of  Corrections Daria Yakunina participates in various vocal competitions in Belarus.

Daria managed to show herself at the 2nd Republican children's festival-competition of folk song performers "Zhyvaya krynitsa", which was held in November this year.

The girl is a graduate of the Minsk regional cadet school. She began to practice vocal from the age of 6, took part in national and international competitions, taking prizes, winning the grand prix.

This year, Daria came to the ensemble of folk song "Zolak", with which the faculty cooperates. As part of this ensemble, the cadet took part in the festival-competition. The forum gathered 105 soloists and 35 ensembles from all over the republic.

The gala concert was held at the Belarusian State University of Culture and Arts. A representative of the Academy of the Ministry of Internal Affairs played such folk songs as "Vіysia hmelyushka" and "A z gary". The performance was evaluated by a jury, which included cultural figures of Belarus, specialists in the field of folk-song creativity. The chairman was the People's Artist of Belarus, laureate of state prizes, professor, art director and chief conductor of the State Academic People's Choir named after G. I. Tsitovich Mikhail Drinevsky. As a result of the competition, the ensemble "Zolak" took an honorable third place, and our Daria Yakunina was accepted into the folklore ensemble "Svyatki".