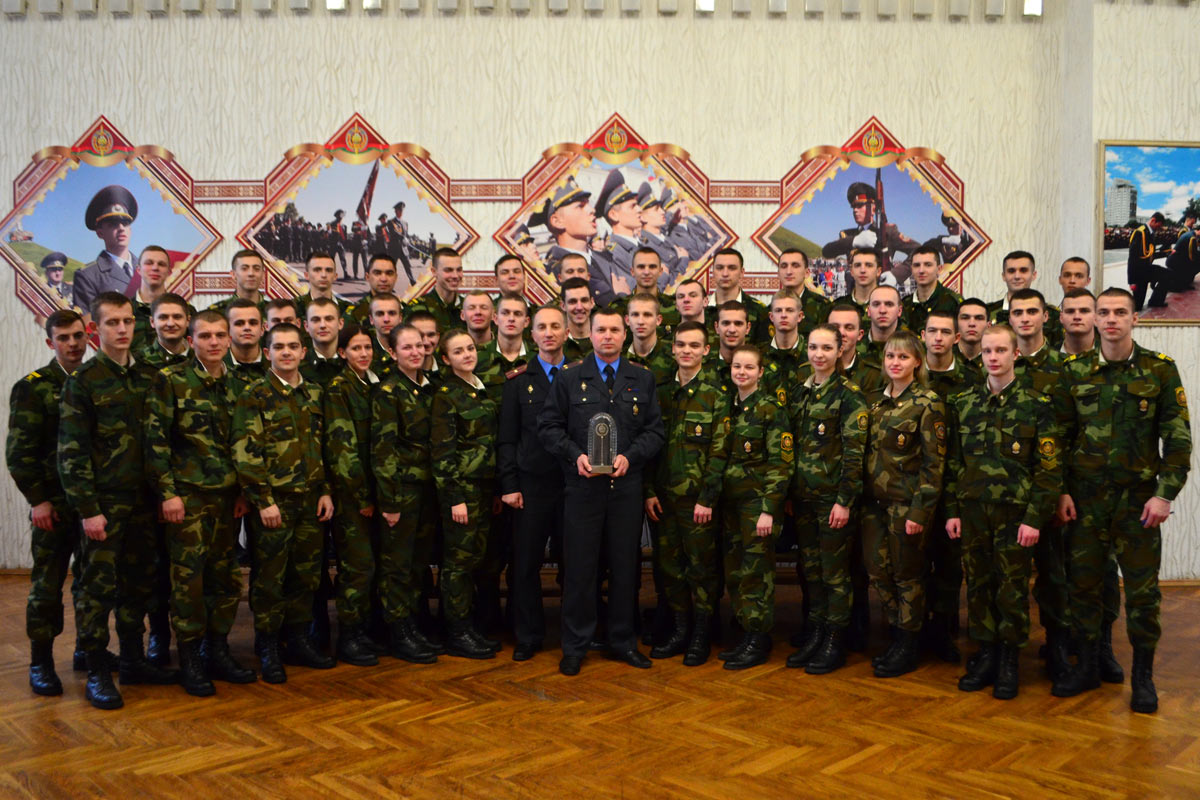 According to the results of educational and service activities for the first half of the year, the best course is given a passing prize named Major General of Internal Service V.V. Koshelenko.

The winners of the honorary award were cadets of the 3rd year. Such a high total is the result of hard work, discipline and a high level of responsibility. The team of the course was able to successfully manifest itself in various spheres: educational, official, sports, cultural and mass work and creative projects. The leadership of the course - the lieutenant colonel of the militia Andrey Voinov and his deputy police captain Aleksei Lygotky played a big role in achieving a high result.